In the mood for a excellent Potato Soup?
Well here's 2 versions of my family's favorite Baked Potato Soup. I have this certain song going through my head, as I'm writing this post. I hearing my Mom's voice,  she doesn't sing often, but I remember her singing this song many a time, mind you in my childhood.

Don't you wondered where this came from ? Thanks to Google! This is what I found...The usual quote is: "You say 'to-may-to', I say 'to-mah-to'", but it's actually a misquote -- it's "You like 'to-may-to', I like 'to-mah-to'" and it's from a song called Let's Call the Whole Thing Off. It's been sung by many different people and the lyrics vary, but this was the part of the version sung by Fred Astaire. who I dearly love in those oldie but goodie movies!  It's about differences in dialect, and different pronunciations of the words "either", "neither", "potato" and "tomato" (although I have never heard anyone pronounce "potato" as "po-tah-to") Have you? Because "to-may-to" is the usual American pronunciation and "to-mah-to" the usual British pronunciation, the line is usually quoted in reference to the difference between British and American English. Interesting fact huh? I'll have to ask this to my British friends for sure!

Raised in the Los Angeles area, I learned early, from the women in my life. And I was fortunate to have both my Grandmothers to adulthood. The one of many  things, I observed early in my life, reading the LA Times Food Section. The trend back then would be cutting out the recipes of newspaper! So I've  continued ever since, clipping recipes and of course, collecting cookbooks and  recipes. Have many boxes and files to go through, I know, it's an addiction I have!
Not sure when this  recipe was published, for the date isn't on the original newspaper clipping.  But don't you just love making soups, especially when the weather  has that little nip in the air? Mind you, here in San Diego,CA we don't really get the blizzard Arctic cold weather like some of you. But we do.get down to the 30-40's range, and this native Californian sure thinks that's a lil' cold for my beach loving heart! So I hope this warms you up, fills your tummy with some really yummy goodness! It's one of our family's favorites and I hope it will be one of yours !

This recipe is from LA Times: Cook it Light by Jeanne Jones (now in San Diego Union Tribune)
While this soup is a lot of work, it is a hearty meal in a bowl and makes enough to feed a little-league team! To bring this soup into the big leagues nutritionally, Jeanne used turkey bacon and a lot less butter, and substituted low-fat milk for the half-and-half.
Needless to say, she also eliminated the 3 tablespoons of bacon fat. Since she reduced the amount of fat, and fat carries flavor, she increased the seasonings and spices to compensate. This soup is even better the second day because the flavors have had a chance to marry.

Note from CherishedCook (Sharon) : I've made this Baked Potato Soup many times, I've tried the "Major League" version, but still prefer the original way of this hearty Baked Potato Soup. Thought I'd give you the option to the healthier one and  you can choose  to your liking! Totally agree with Jeanne on this thou, that "This soup is even better the second day because the flavors have had a chance to marry" !

Cover and simmer another 30 minutes.

Stir every 5 minutes to keep from scorching.
If soup is too thick, add a little warm milk.

Stir in 1/3 cup of the crisp bacon, remaining bacon to garnish each serving.
Hope you love this cozy soup as much as our family does!
Enjoy!

Thank you, for taking the time to comment. It means alot to me and I appreciate your kind words so much.
Have a Blessed day & Enjoy! Sharon 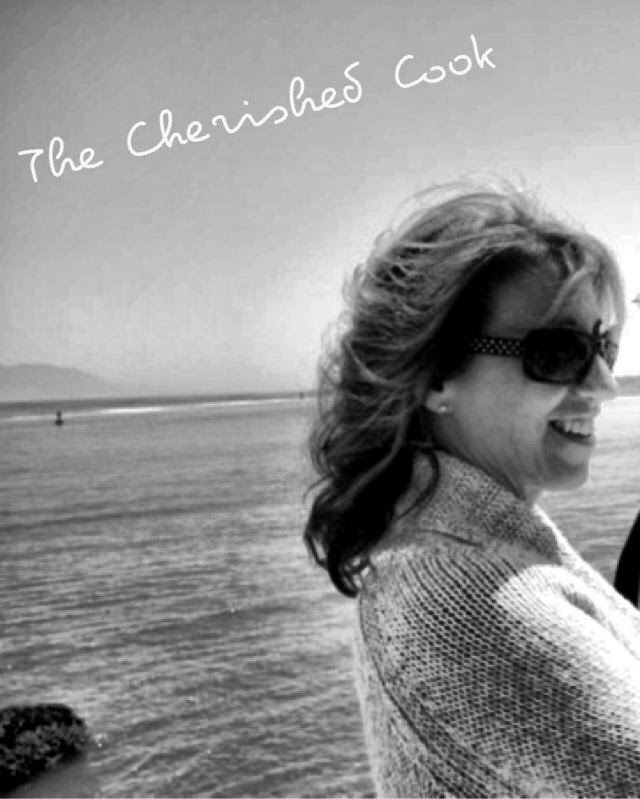